Update: despite numerous citations to that effect on-line, the reality is that Eiffel’s involvement in the design of the chimney is questionable. Read here an updated “fact-check” of this article – Lorin.

Here’s a trivia question that’s likely to stump all players: What do the most famous landmark in Paris, the Statue of Liberty and the 115-foot high smelting chimney looming over El Triunfo have in common? The answer—Gustav Eiffel, the famed 19th architect and civil engineer whose best-known creation is his tower in Paris. It’s not widely known, however, that Eiffel had a world-wide reputation and designed structures all over the globe.

Eiffel’s wrought-iron tower, completed in 1889, is the most visited attraction in the world with almost seven million tourists ascending to one of three levels on the 1,063 foot structure in 2015.

The Statue of Liberty was a joint effort between France and the United States intended to commemorate the friendship between the peoples of the two nations. The French sculptor Frederic-Auguste Bartholdi created the statue itself out of sheets of hammered copper, while Eiffel designed the statue’s steel framework. It was dedicated in 1886 and remains one of the world’s most recognizable landmarks.

In contrast, the towering “La Ramona” chimney in El Triunfo is little known outside of Southern Baja.

The smelter smokestack was constructed in the 1890s for El Progreso Mining Company. It has survived almost 130 years of seismic activity, lightning strikes and hurricane-force winds. After decades of extraction and smelting of metals such as gold and silver, the industry began to decline and was eventually shut down in 1926.  An estimated 3,580 kg of gold (800 pounds) and 661 tons of silver were extracted over the years.

During its mining heyday, El Triunfo boasted a population of around 10,000, making it the largest city in the region. The town was the first in Baja to install electricity and telephones and its cultural life included regular concerts and two competing weekly newspapers. Today, the smokestack is a relic of a more prosperous era. El Triunfo has 327 residents. 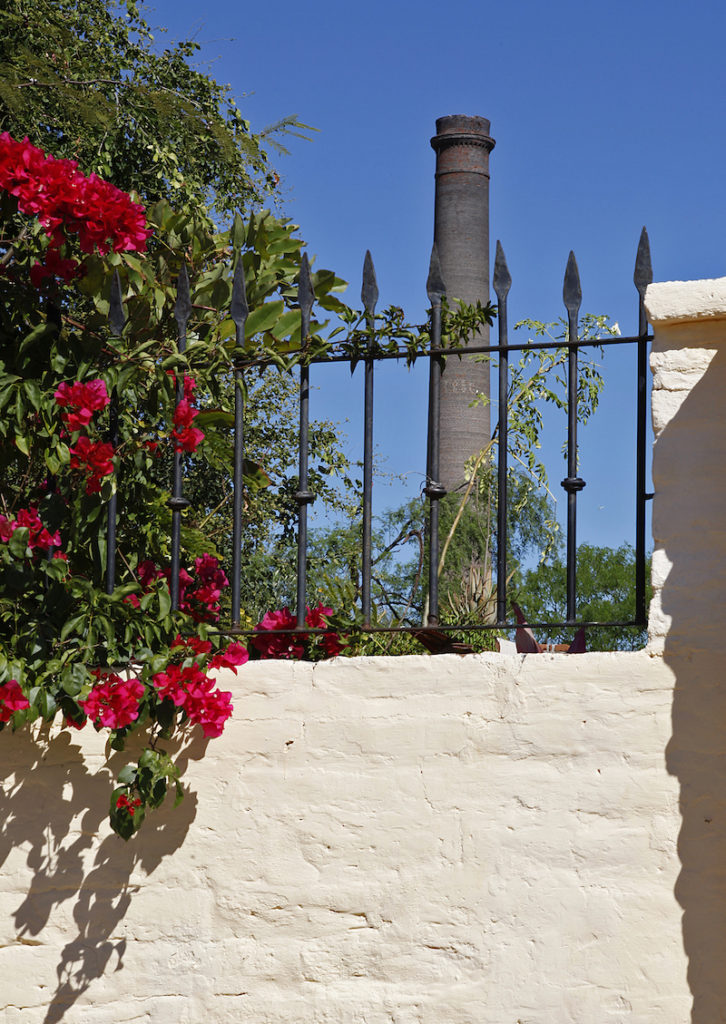 During nearly a century of abandonment, “La Ramona” suffered significant structural damage. Recognizing the cultural and historical significance of the chimney, two nonprofit partners—the International Community Foundation (ICF) and the Corredor Histórico CAREM, A.C.—collaborated recently with the Ejido of El Triunfo, owners of the property, to restore the smokestack. The total project budget was estimated at US$200,000.

The work, completed this past July, included brick replacement, mortar re-pointing, a new concrete cap, lightning protection, and a ventilation system to help ensure that this regional historic treasure will stand for years to come.

Construction was completed thanks to a loan to ensure “La Ramona” was not further degraded during the 2018 hurricane season. Now ICF and CAREM must re-pay it and work with the local community to design programs for ongoing maintenance, upkeep and additional enhancements of the site. The goal is $300,000. Those interested in contributing are encouraged to Adopt-A-Brick for US$100.

Local residents share their recollections of the Ruta de Plata’s glory days. Their voices and stories draw visitors into these exciting times. Digital scrapbooks of photographs and memories from local families having historical ties to the region are on display, helping visitors imagine what life was like during this era.

Visitors may also experience, firsthand, the adventurous world of mining by entering a simulated mine designed to educate visitors of all ages.In addition, beautiful mineral specimens from Mexico and elsewhere in the world are displayed, as well as other intriguing mining artifacts. Plans are underway to open a mineral hall to showcase a larger collection. 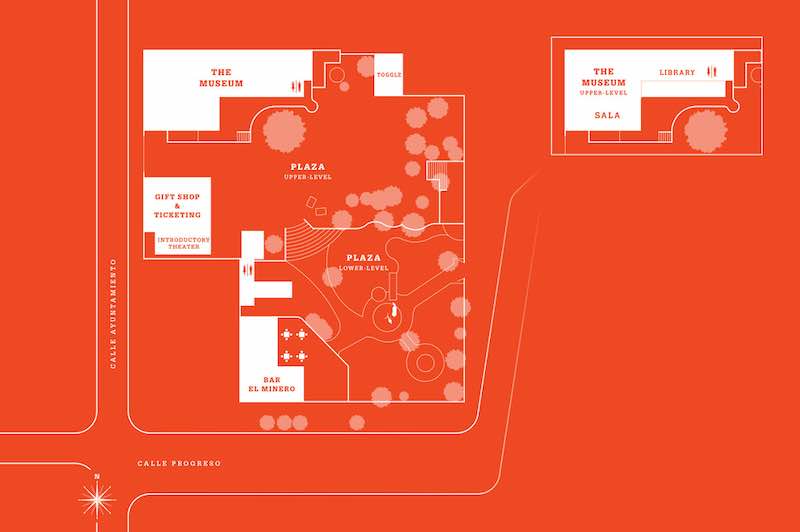 Also included is a historical overview of global, national and regional events that shaped the Ruta de Plata region from the 16th century to the early 20th century.